Cheap Vancouver hotels are not always easy to find, but they do exist. Here’s what you need to know to find inexpensive hotels in and near Vancouver. 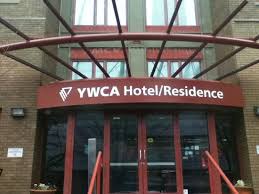 Vancouver Airport hotels are less expensive than downtown hotels, but they are 30 minutes from downtown Vancouver, so if you don’t have a car, getting downtown will be inconvenient.

The Vancouver International Airport is actually located in Richmond, BC and there is lots of good shopping in Richmond if you have no particular desire to spend time in Vancouver. Richmond boasts a large Asian population and there are excellent ethnic malls, grocery stores and restaurants close to the airport and Richmond hotels.

Hotels are also less expensive in the suburbs near Vancouver, notably Burnaby, Metrotown (also in Burnaby), Surrey, New Westminster and Coquitlam. But, again, you will need some form of transportation. Either that or you will want to stay close to a SkyTrain Station since the SkyTrain will take you directly to and from downtown Vancouver.

If, therefore, you choose one of the hotels in the Vancouver, call the hotel to see how far they are from a SkyTrain Station.

Closer to downtown, there is a collection of hotels on or around Kingsway Street in East Vancouver. These hotels include the Cassandra, Howard Johnson Plaza, the Biltmore, the Comfort Inn Kingsway, the Best Western Kings Inn, the Ramada Hotel & Suites, the Eldorado Motor Hotel, the Palms Motel, the Days Inn Vancouver Metro, 2400 Motel, the Ramada Kingsway and the London Guard Motor Inn.

If you want to stay in downtown Vancouver, but want to do so inexpensively, the following hotels are the least expensive options. Bosman’s, Howard Johnson Hotel on Granville Street and the Victorian Hotel at 514 Homer Street. You may also want to try the Moda Hotel. It used to be the funky Dufferin, but it’s gone upscale and may be out of your price range, but perhaps not too far out.

There is a Ramada Limited at 435 West Pender Street and the Days Inn, also on Pender. Neither is particularly nice, but they have both gotten fairly expensive just because other downtown hotels are even more expensive and both are conveniently located.
The Vancouver YWCA Hotel is right downtown on Beatty Street, across from BCPlace. The building is relatively new and the rooms are perfectly adequate. Some have private baths; others do not.

Other than these hotels, there are several Vancouver hostels where you will find something convenient and inexpensive but you’ll have to book a bit in advance.