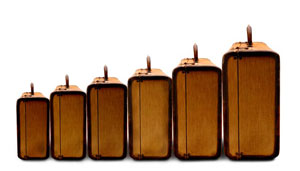 Vancouver Hotels – There are more than 100 hotels in downtown Vancouver ranging from funky hostels to the four and five star luxury.

Some of our favourite “bargain” hotels are the Blue Horizon, the Georgian Court, and the St Regis.

If you’re main priority is price and convenience, then try the Victorian Hotel or the Moda Hotel on Seymour, Days Inn, right downtown near Canada Place Cruise Ship terminal, the Ramada Ltd on Pender Street or the Howard Johnson on Granville. There is also a very nice YWCA Hotel on Beatty.

Deluxe hotels include the newly renovated Hotel Georgia, the Four Seasons, the Shangri-La and three Fairmonts: the new Fairmont Pacific Rim, the Fairmont Waterfront, both with water views, and the classic Fairmont Hotel Vancouver at the corner of Burrard and Georgia Streets right in the centre of the city.

There is also a Fairmont at the airport, or, more accurately, in the airport. You walk out of the hotel, down the stairs and you are at the airport departures counter.

There are several new hotels: the Fairmont Pacific Rim and the Shangri-la. There is L’Hermitage, the Loden, the Coast Coal Harbour and the Hotel Georgia, actually a MAJOR renovation of the original Hotel Georgia built in 1927. The renovation has taken years and the wait has been worth it. The hotel is spectacular and there is no better location in town.

Hotels in Vancouver aren’t particularly inexpensive, so if you find a great deal, you will probably end up staying 10 or 15 minutes from the downtown core, and the neighborhood may not be the best.

Hotels on Kingsway, for example, are less expensive than other hotels, but they are also ten minutes from downtown by car or taxi.

Hotels in North Vancouver are about 15 minutes from downtown Vancouver. If you’re staying for more than a night or two, we definitely recommend one of the Vancouver apartment buildings that have been turned into hotel.

We like the Residences at the Sutton Place, Rosellen Suites, the Meridian and Carmana Plaza. All of these offer apartment size suites with full kitchen, bath, living room and bedroom. And all three are conveniently located and about the same price as a regular hotel room. See our Family Hotels section for all your apartment sized hotel options.