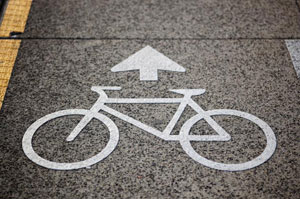 The Vancouver Bus system is fast, efficient and frequent and travels all around the city. Bus stops include schedules and maps and you’ll almost always find a friendly stranger who can answer you questions and steer you in the right direction. For bus and Skytrain information, please contact Translink, or call them at 604 953-3333 between 6:30 AM-11:30 PM every day.

The BCFerries System links the mainland with Vancouver Island, Victoria, Nanaimo and Port Hardy. BCFerries also connects the lower mainland with the Sunshine Coast, that portion of the mainland cut off by Howe Sound, and Prince Rupert farther north along the coast of British Columbia.

From Prince Rupert, you can pick up the Alaska ferry for Juneau and other Alaska destinations.

And of course there are trains that come and go from Vancouver, primarily the ViaRail Canadian that comes and goes from Pacific Central Station and the Rocky Mountaineer that has its own train station. The ViaRail train travels year round and leaves Vancouver each Tuesday, Friday and Sunday at 8:30 PM for its trek across Canada ending up in Halifax, Nova Scotia on the east coast of Canada. Along the way, it stops in Jasper National Park, Edmonton, Saskatoon, Winnipeg, Toronto, Montreal and Moncton.

From Vancouver, you can also travel by train to Prince George, Prince Rupert, Quebec City and Churchill, Manitoba to see the Polar Bears.

The Rocky Mountaineer travels from late April to early October between Vancouver and Jasper and Banff in the Canadian Rockies. It also travels to Calgary.

A commuter train, the WestCoast Express travels between downtown Vancouver and the Fraser Valley. Its schedule bunches up around the morning and late afternoon. There are no departures in the middle of the day and it doesn’t travel on weekends.